Home / Projects / The multiple functions of trees: how to mitigate an imposing industrial-building wall 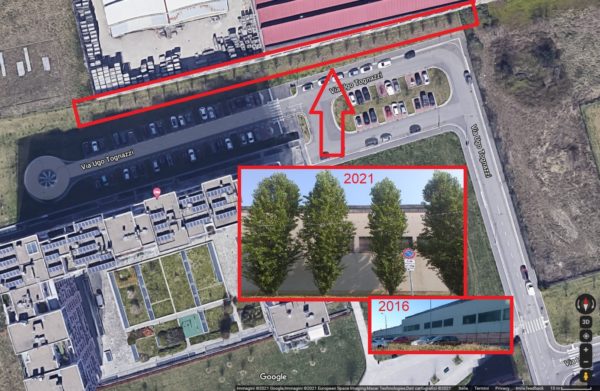 The multiple functions of trees: how to mitigate an imposing industrial-building wall

Via Ugo Tognazzi, Adriano District, Milan.
An imposing perimeter wall of an industrial complex overlooks the front of a residential building: how to mitigate the impact of the wall? 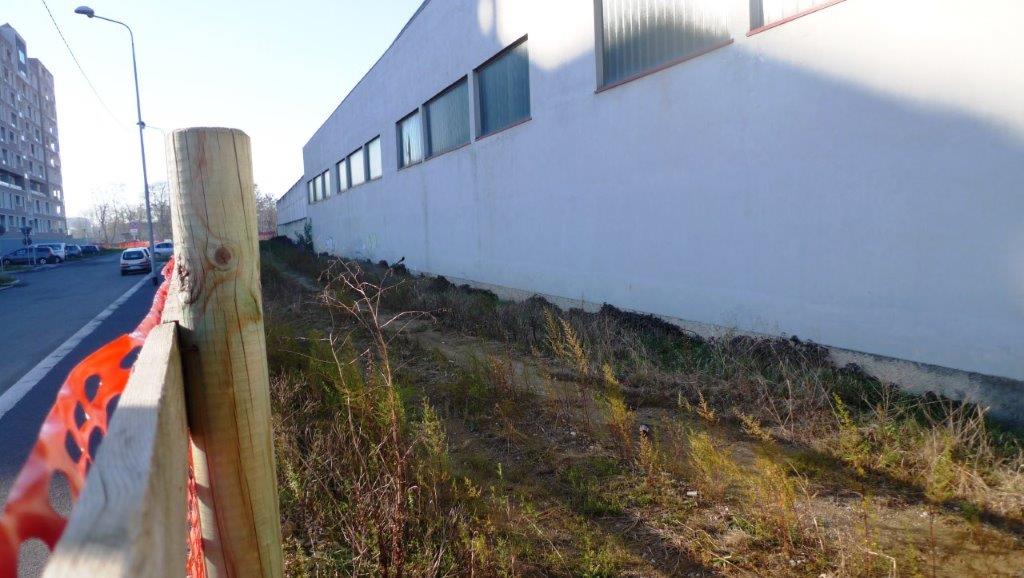 Year 2016 – Narrow green area along the wall of the industrial building.

The need  for the tree branches not to interfere with the artifacts and activities of the industrial complex have suggested the use of columnar trees. 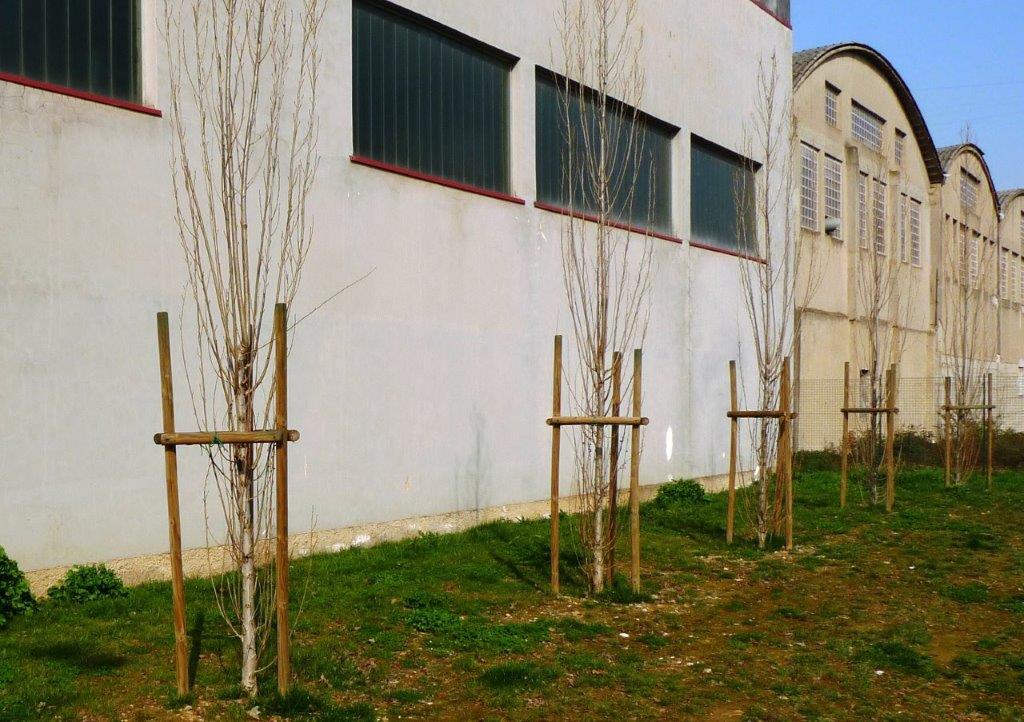 In 2016 a row of n. 26 specimens of Populus nigra Italica were planted. 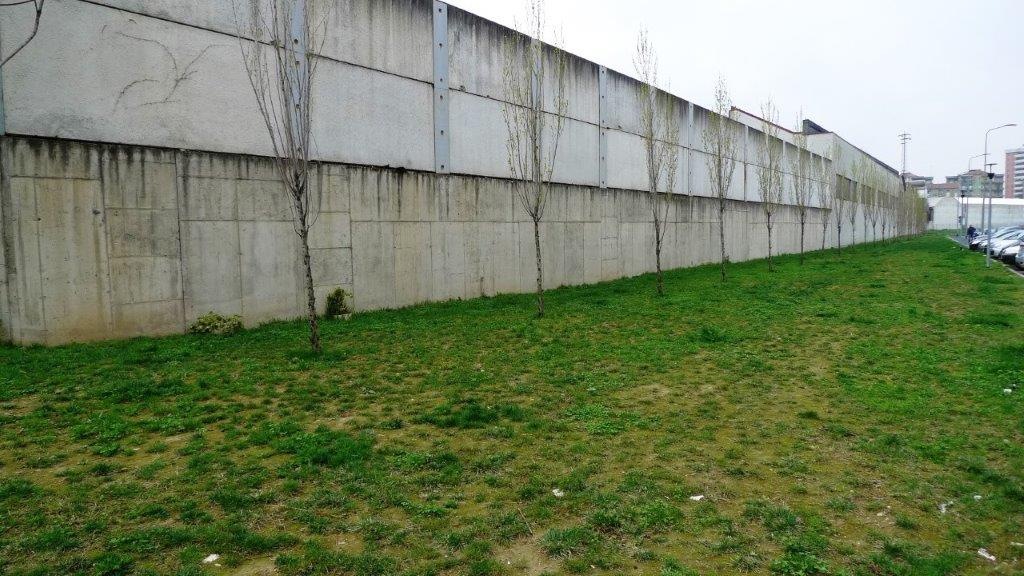 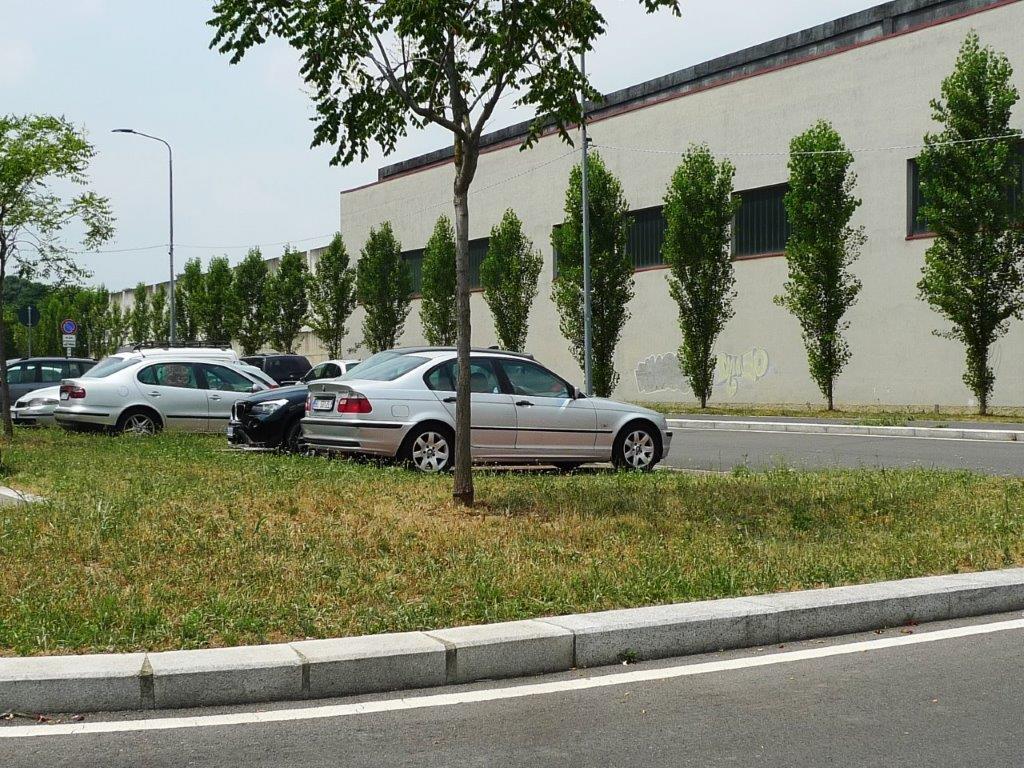 The spacing of 5 m on the row were adopted to obtain at the same time: 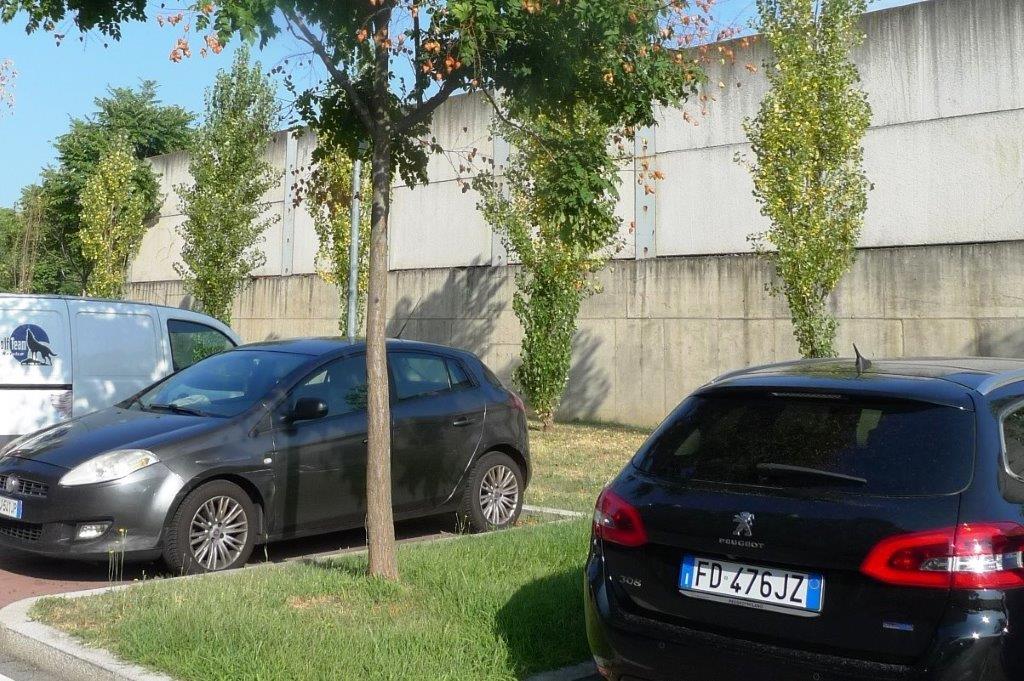 However, it is noted that the functions – i.e. ecosystem services – that a row of trees provide to the environment and to mankind are much more numerous, both on a micro scale – more consistent and direct benefits – and on a macro scale – where the contribution is more contained because of the small number of tree specimens. 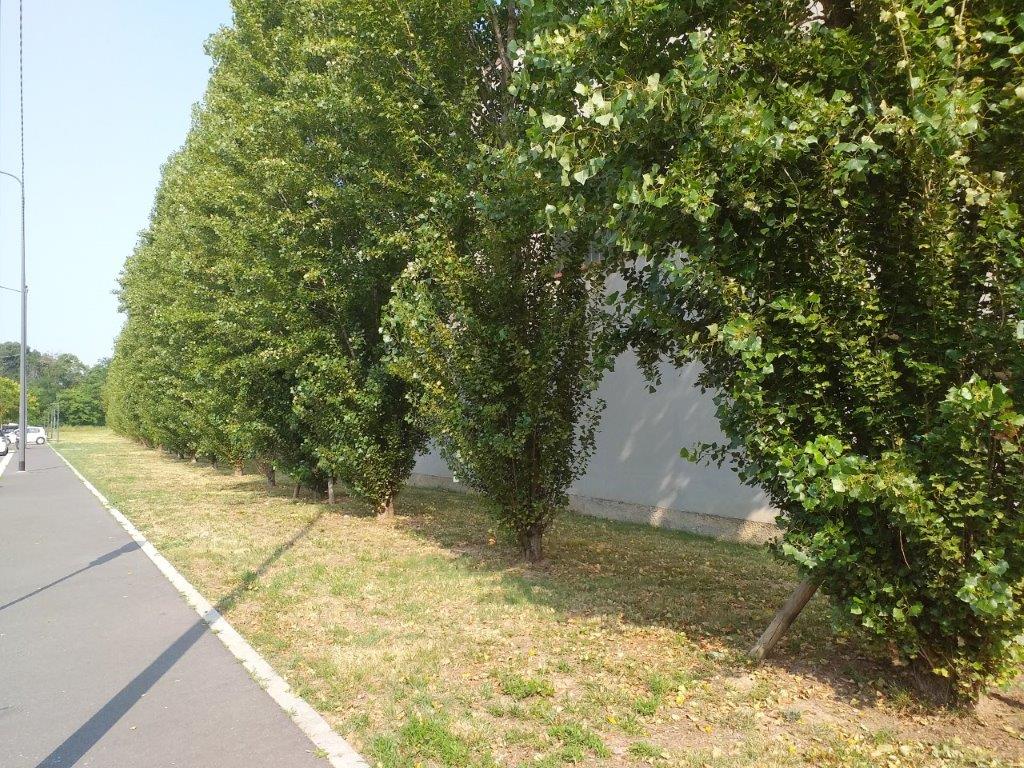 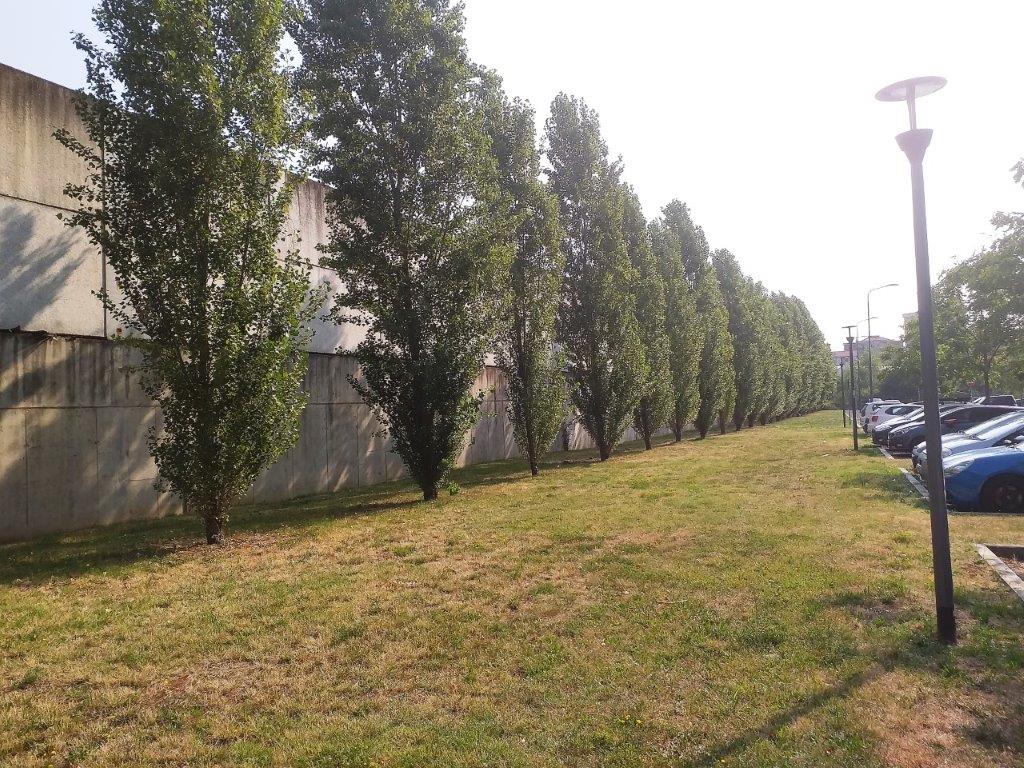 Micro-environmental effects and on the resident community Via Ugo Tognazzi 39: 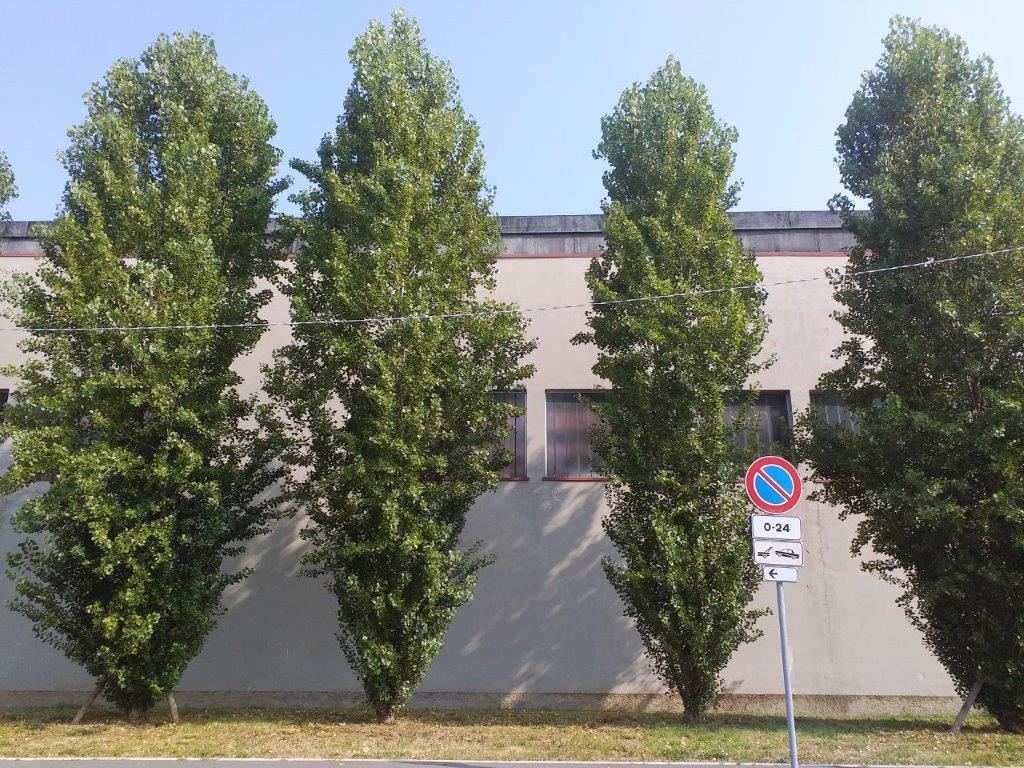 Year 2021 – Perception of space and good air circulation among trees. 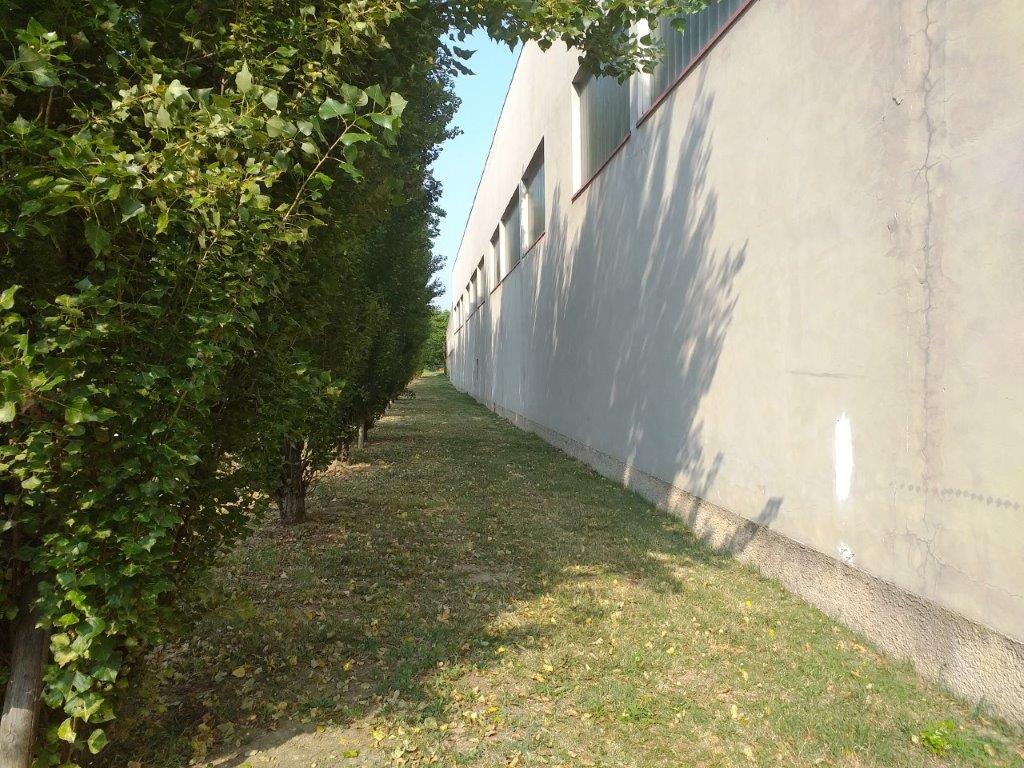 Year 2021 – Perception of space between trees and the perimeter wall. 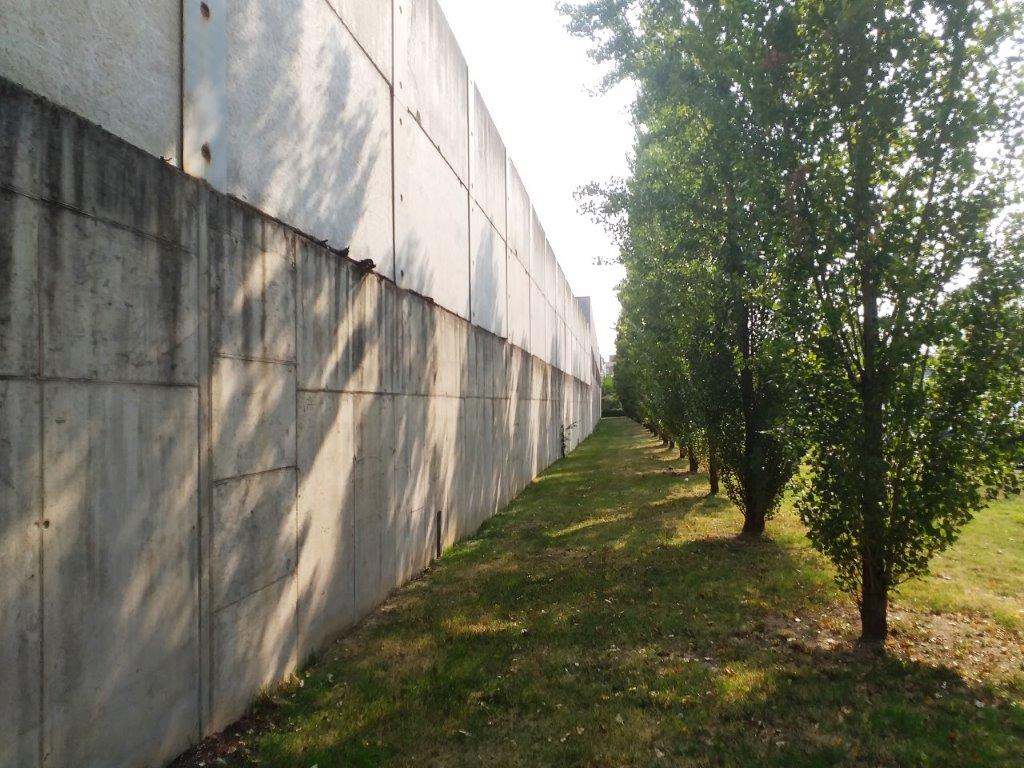 Year 2021 – Perception of space between trees and the perimeter wall and good air circulation among trees.